Doors to the World is a partnership among the Five College Schools Partnership, Hampshire College, the University of Massachusetts Amherst College of Education, The Eric Carle Museum of Picture Book Art, and the Five College Center for East Asian Studies. IT Enterprise Systems and Development at the University of Massachusetts Amherst has provided website development. 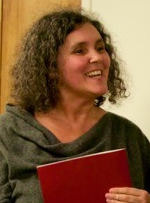 Dr. Botelho is interested in how school literacies can affirm children’s cultural and linguistic knowledge as well as offer tools for cultural production and social participation. She is the lead author of Critical Multicultural Analysis of Children’s Literature: Mirrors,Windows, and Doors (Routledge, 2009), a text that challenges researchers, teacher educators, and teachers to reconsider how multicultural children’s literature is studied in classrooms. Maria José was a children’s librarian for the Cambridge Public Library and an elementary school teacher and teacher educator for the Somerville Public Schools in Massachusetts 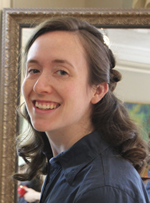 Mrs. Delorey joined the staff of UMass Amherst IT in 2014 working for the Center for Educational Software Development. She specializes in educational website development and web accessibility.

Trained as an ethnomusicologist specializing in Japanese koto music, Dr. Prescott has worked in East Asia outreach for more than 15 years, including 6 years as a national director for the National Consortium for Teaching about Asia (NCTA; nctasia.org). She is the editor of and contributing author to East Asia in the World: An Introduction (Routledge 2015). 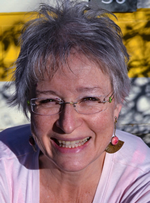 Dr. Solomon develops programs that bring Five College resources to K-12 educators in western Massachusetts and beyond. Previously, she served as professor and dean of graduate programs at the SIT Graduate Institute and worked on education programs in several countries in West Africa. 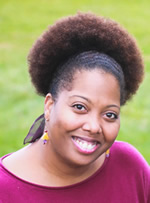 Dr. Sowell specializes in theatre for young audiences, creative drama, storytelling, and applied theatre for social change. She received a M.F.A. in theatre for youth from the University of North Carolina at Greensboro and is a trained Theatre of the Oppressed practitioner. She has taught creative drama and theatre in schools, prisons, community centers, and churches throughout the U.S.A. and in Nigeria and served as Artistic Director of UJIMA YOUTHEATRE. Professor Sowell's areas of interest include critical pedagogy and liberatory education, diversity and interculturalism in theatre for young audiences, arts integration, multicultural children's literature, and African American theatre. In her spare time Sowell illustrates, directs, and works as a professional storyteller. 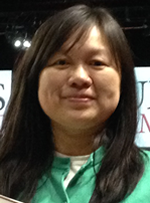 A doctoral candidate at the College of Education, University of Massachusetts Amherst, Marsha's research draws on critical sociocultural perspectives to examine second language and literacy teaching and learning.

Dina Noto is an artist and editor. She created the book pages and edited the mini-units produced at the 2017 summer institute on books from China, Japan and Korea, supported by the Freeman Foundation.

Terry Scutro and Natalie Sowell, for their design of our homepage image